The best dance music album covers ranked by us. Does your favourite make the cut?

In the fast-paced world of streaming old school album art is becoming a rarity which quite frankly is a travesty when you see the wealth of quality artwork below in our top five favourite dance music album covers ever list.

Unfortunately artistic real estate has been getting pinned back year after year as we moved from the heyday of gatefold 12″ vinyl sleeves to the few pixels you might be lucky enough to see on your smartphone these days.

Thankfully though, over the years we have been treated to some absolute gems, some perhaps more valuable than the music inside, here is our pick of the top five, let us know if you think we have missed any out? 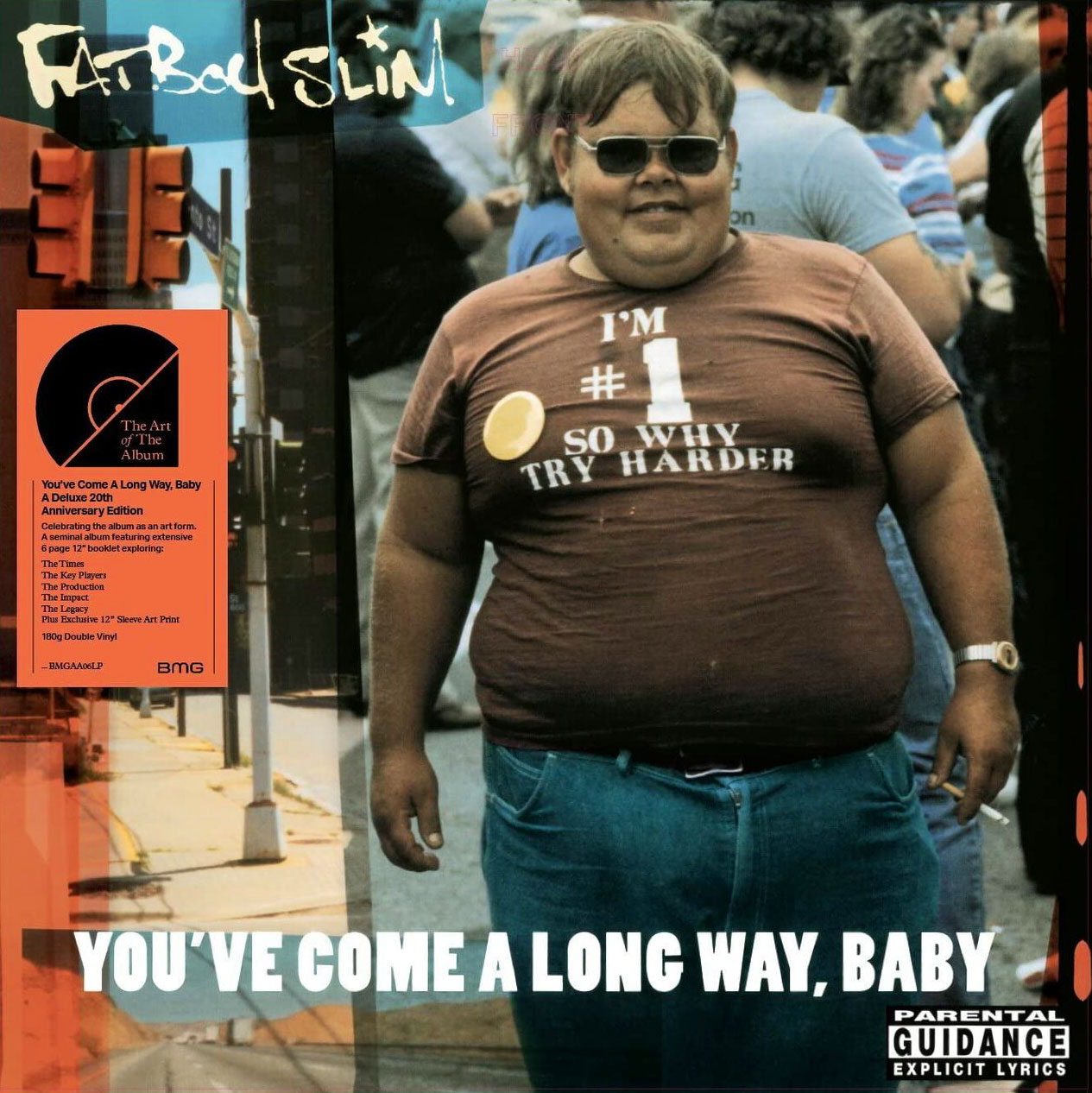 The original photograph was taken at the 1983 Fat People’s Festival in Danville, Virginia although clearly the US couldn’t handle the cover as the North American version of the album featured a shot of Norman’s record collection instead (below).

The album, with smash hits including ‘The Rockafeller Skank’ and ‘Gangster Trippin’, defined an era of big beat goodness and made the hit list in Q Magazine’s 100 ‘Greatest British Albums Ever.’

Interestingly despite multiple attempts the cover star has never been identified. 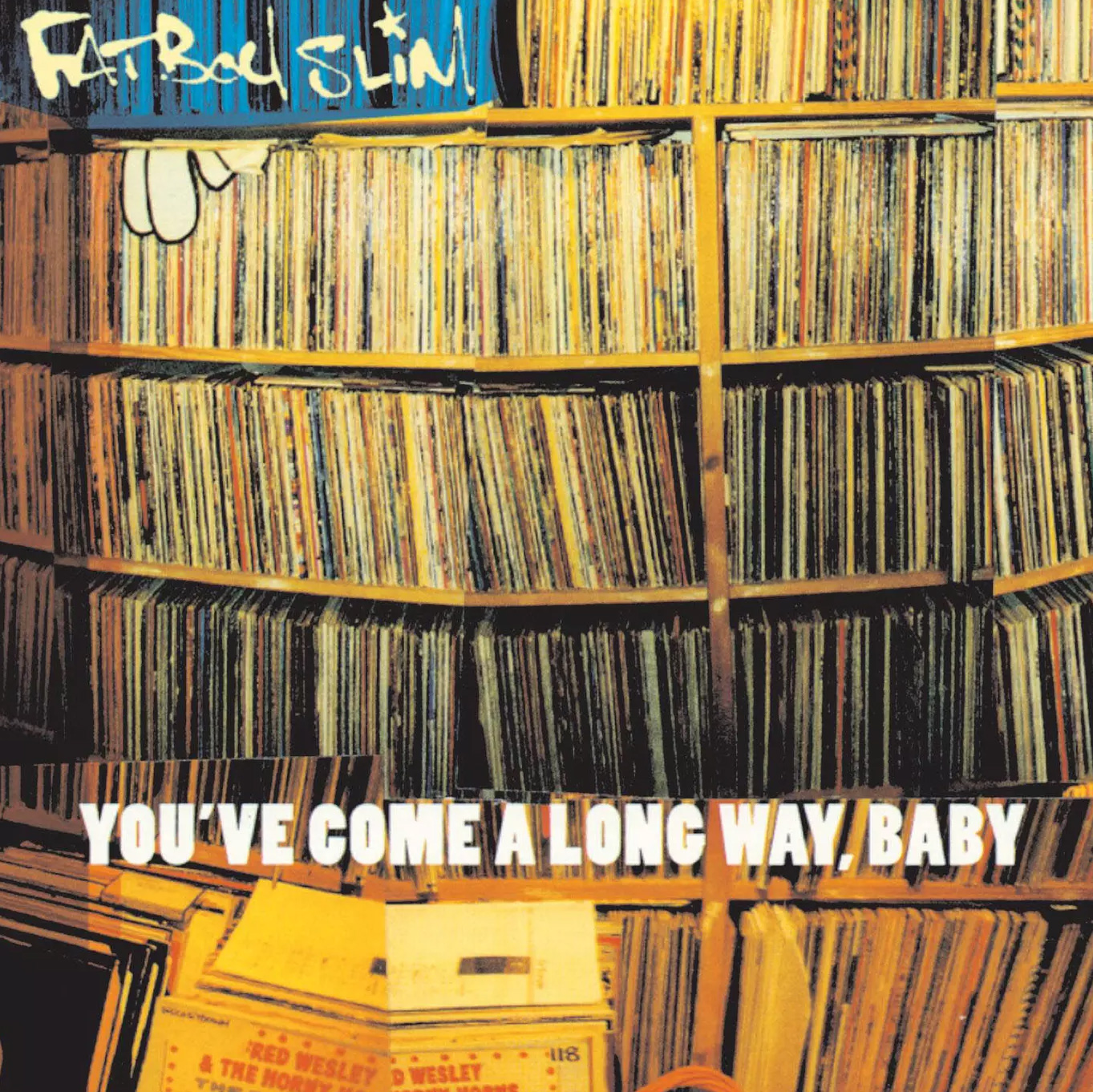 The North-American version of the release 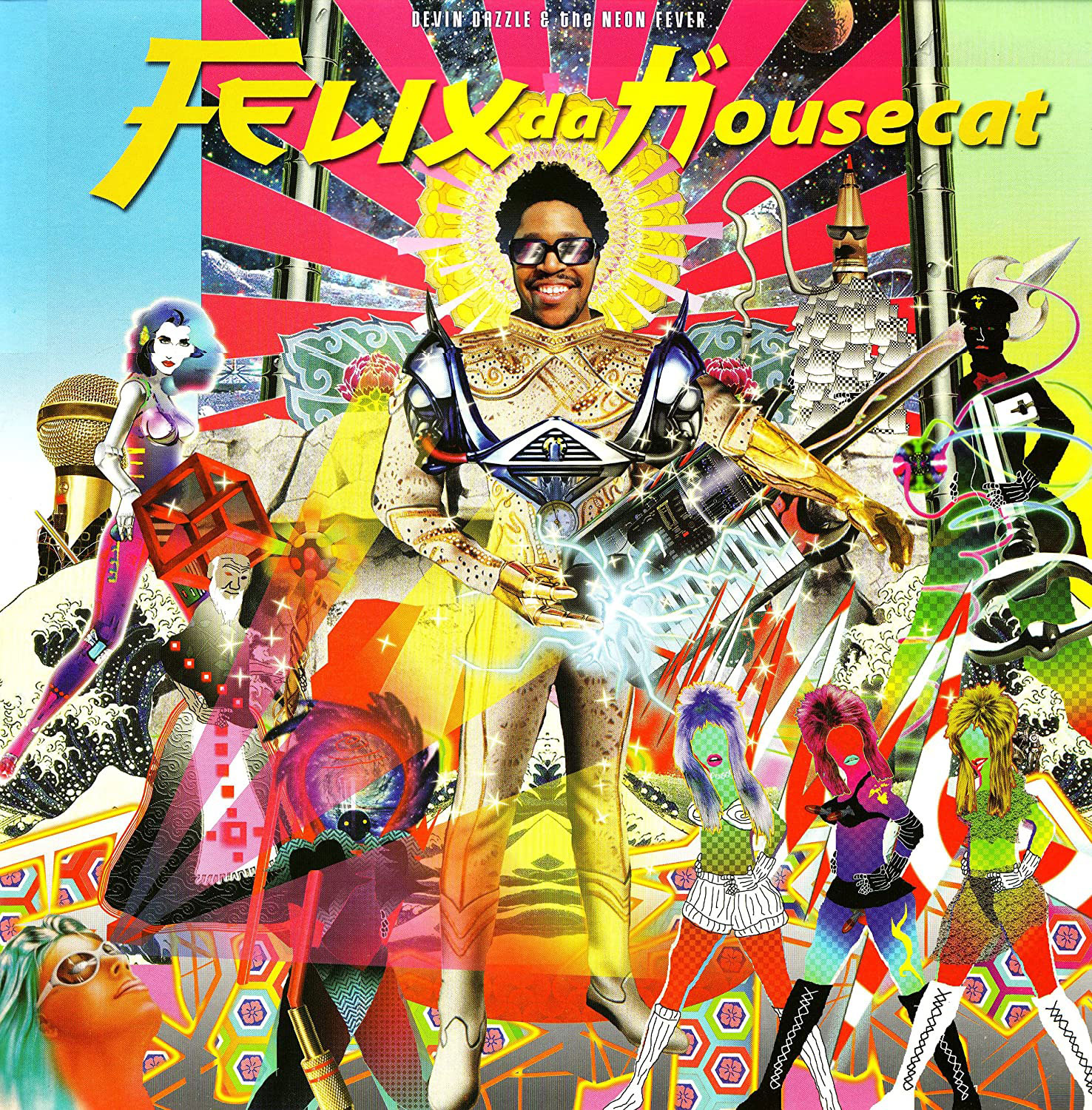 Glam rock, synth, house and electro all collided into Felix Da Housecat’s highest rating chart album in 2004 with a couple of the tracks also being used in popular video games of this era

Collaborations included LCD Soundsystem’s James Murphy, Dave the Hustler, Tommie Sunshine and GoodandEvil amongst many others and included the unforgettable tracks ‘Everyone is Someone in LA’ and ‘Ready2Wear’ (below).

The artwork created by Kenneth Tin-Kin Hung features a smorgasbord of truly electrifying images centred with the man himself in somewhat interesting get up. 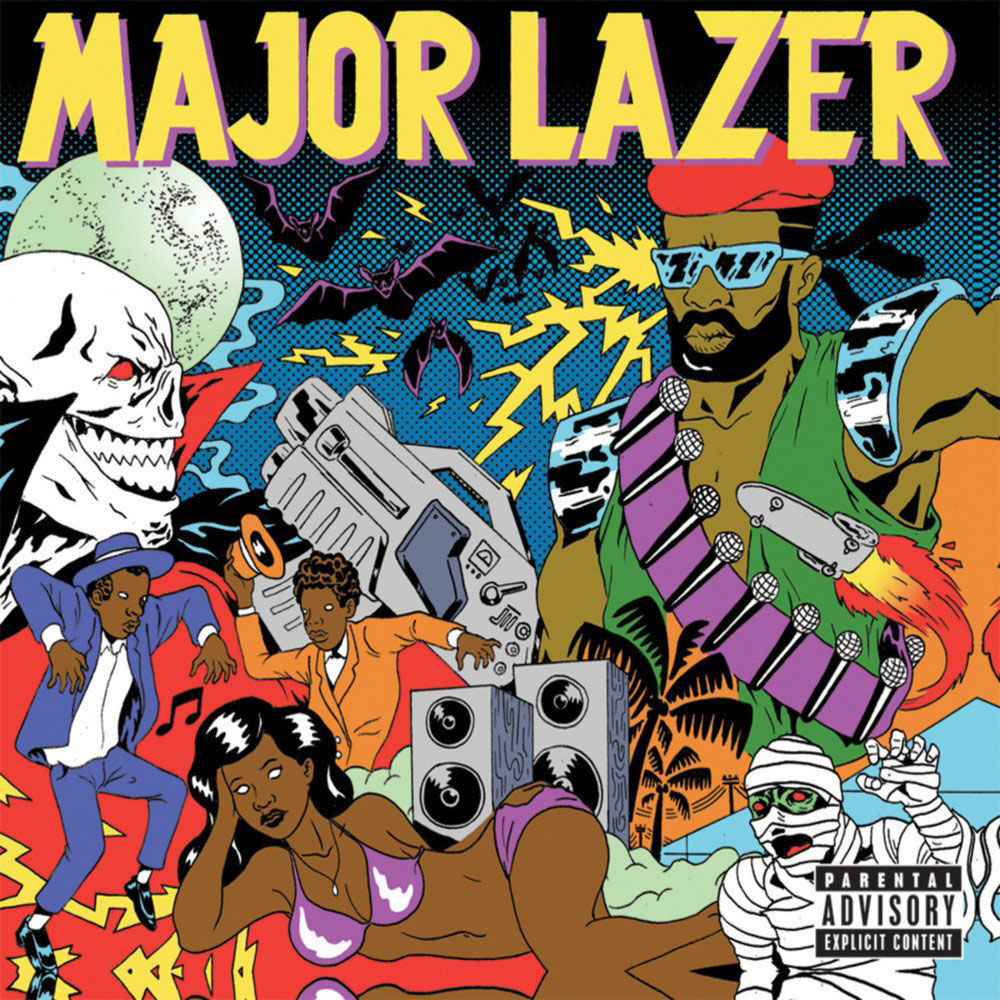 2009 saw Major Lazer’s weird world explode into the dance music scene in such a unique way that only Major Lazer could possibly deliver.

Easily considered one of the best albums of that year the unique blend of reggae, moombahton and dancehall included big numbers such as ‘Pon de Floor’ (below) and ‘Hold the Line’.

The album was designed by London-based illustrator, graphic designer, and art director Ferry Gouw. Ferry has been responsible for every single piece of design associated with Major Lazer which has ensured an unmistakable continuity not often seen in music artwork. 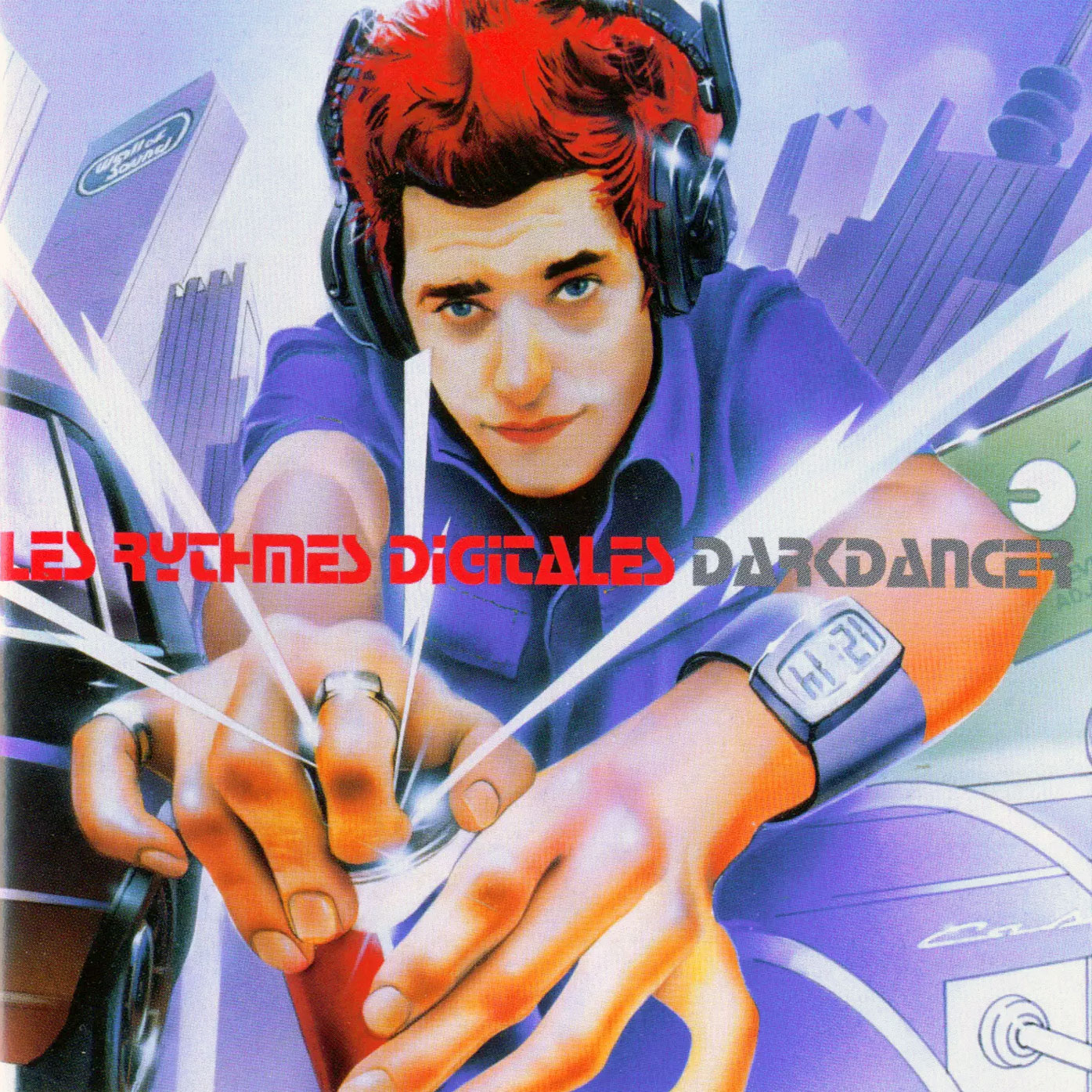 Les Rythmes Digitales – AKA Jacques Lu Cont, AKA Paper Faces, AKA Thin White Duke, AKA one third of Zoot Woman (this list could go on and on as the man himself Stuart Price is truly the master of subterfuge)

Price, born in Paris, but grew up in Reading in the UK, rode on the back of the huge popularity of French acts (Daft Punk, Dimitri from Paris & Air) when he released the 1999 pop-synth electro album ‘Darkdancer’ with smash hits including that car advert one – Jacques Your Body (Make Me Sweat) which ended up being released twice.

Such was the popularity of French acts Price decided to go to the humours lengths of conducting British media interviews via a interpreter.

Price has also worked with the likes of Madonna, The Killers, Pet Shop Boys and Kylie Minogue amongst many other and is truly a behemoth in music production. 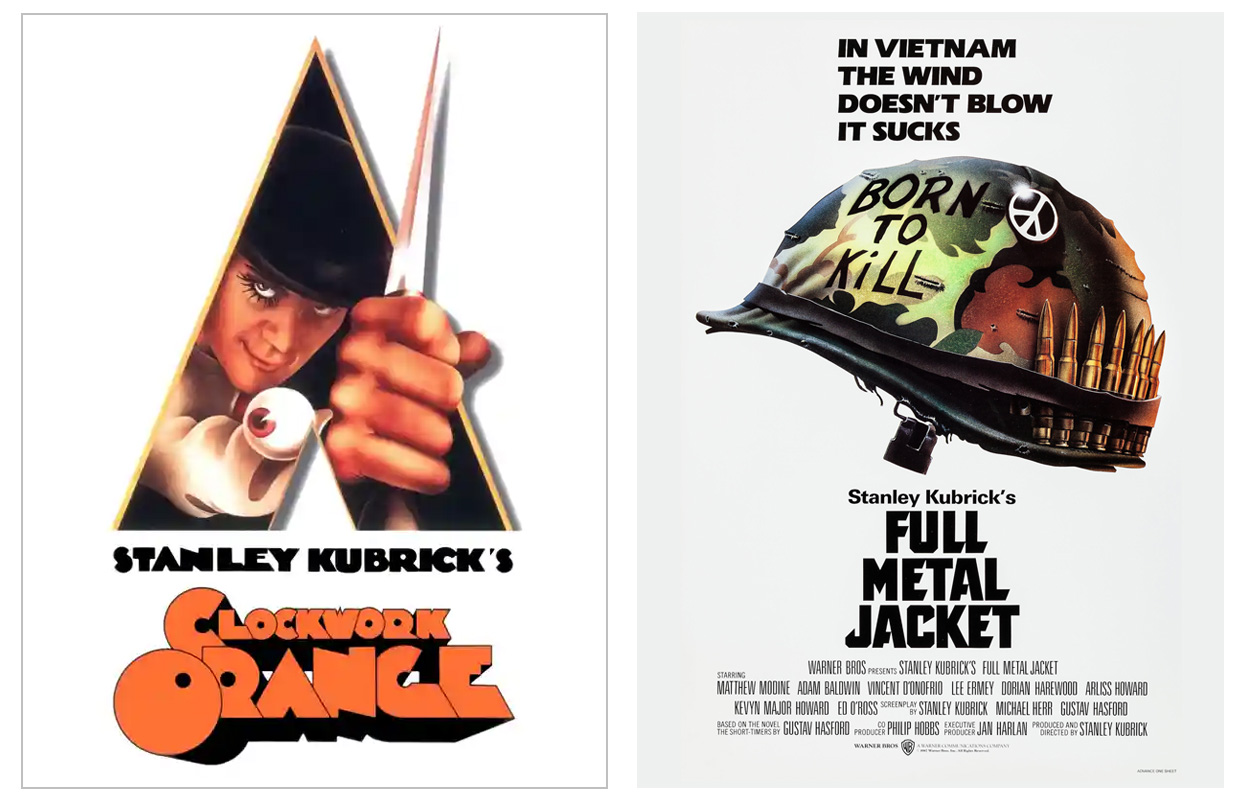 Prodigy – Music For The Jilted Generation 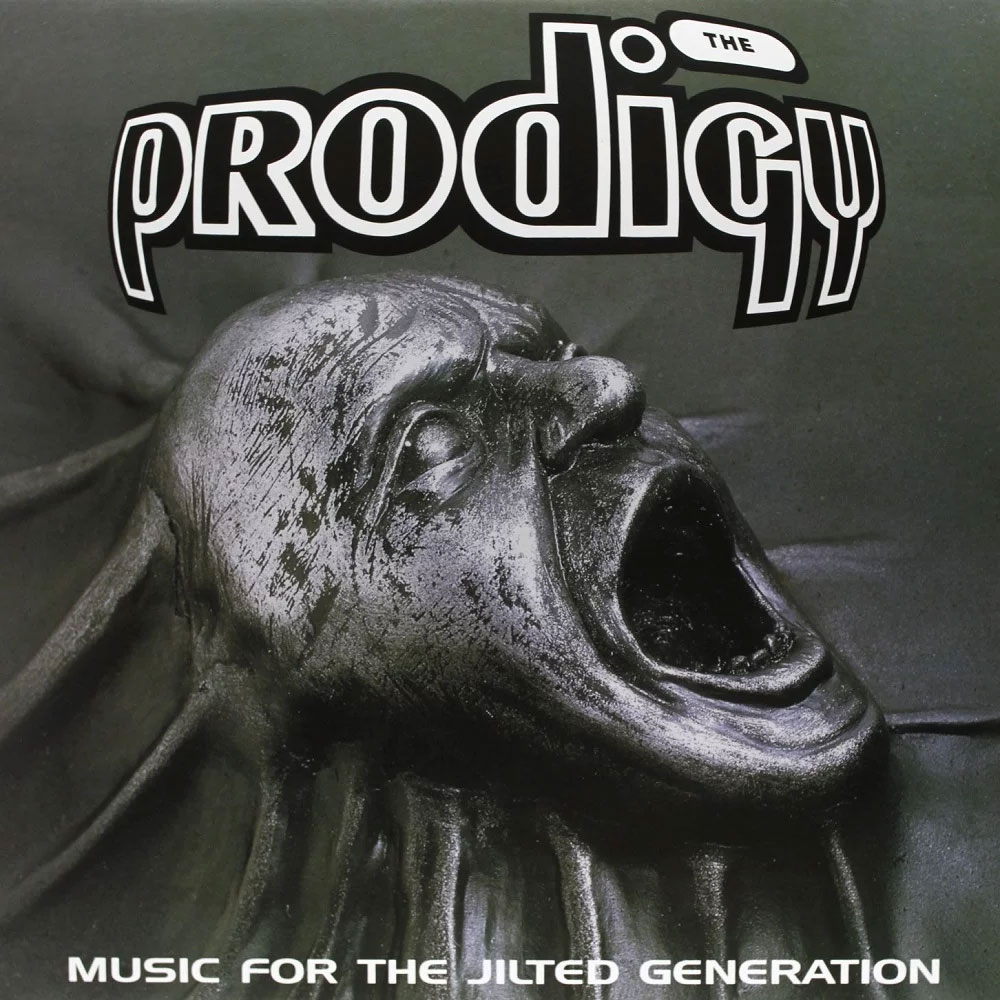 Three different artists were involved in the making of the Prodigy’s second album artwork two years after their initial offering – Experience. The front, back and inside gatefold (below) were all strikingly different.

Stuart Haygarth from Lancashire was responsible for the screaming face which befitted so many of the raw untamed tracks on the album.

Illustrator Les Edwards was responsible for the inner gatefold which seems as relevant today as it did on release back in 1994.

The early to mid-nineties stands as an interesting time in rave culture, the criminal justice bill in the UK sought to close down any gathering with a repetitive beat and The Prodigy were seen to be part of a drug-culture that middle-class conservative Britain wanted to close down.

The Prodigy firmly positioned themselves as being part of that counter-culture with ‘Music For The Jilted Generation’ and were unashamedly happy to stick two fingers up at the establishment. A scene depicted perfectly in the gatefold artwork as a raver sticks his middle finger up to the Police. 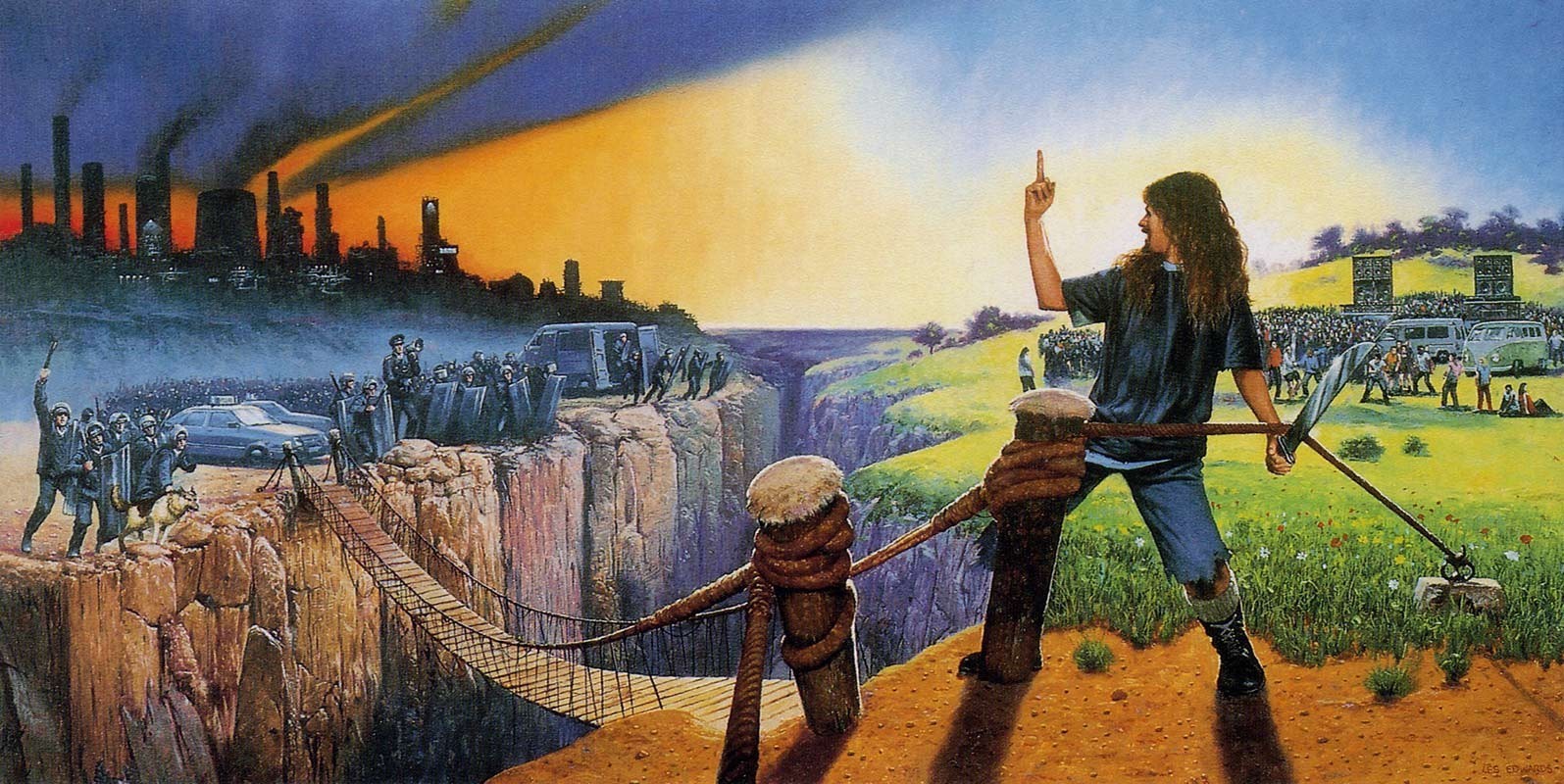